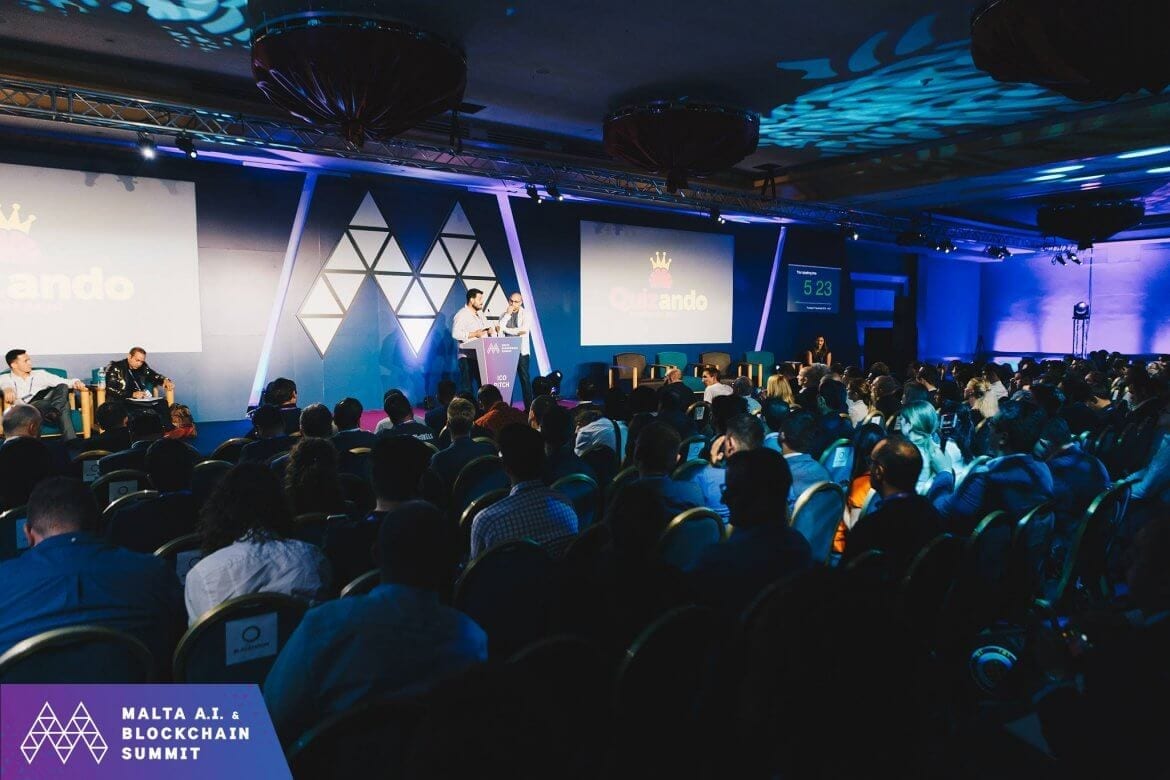 The 2019 edition of the Malta AI & Blockchain Summit is taking place at the Hilton Hotel between the 23rd and 24th May. The Spring Edition of this international event will bring together world-renowned speakers, investors, and other stakeholders who will pave the way for the future of these exciting technologies.

In 2018 the Maltese government, working closely with local and international technology experts, passed three bills which instantly propelled it to international fame. These laws consisted of the regulatory framework for blockchain technology, cryptocurrencies, and distributed ledger technology. The small island country in the middle of the Mediterranean beat larger neighbours to turn the use of these new technologies into mainstream processes.

Just three months after the laws were passed, the newly set up Malta Digital Innovation Authority (MDIA) began accepting applications for licenses to operate in this industry. The government was doing its part, but how was the private sector responding?

In that same year, seeing the government’s willingness to accept blockchain and cryptocurrencies, Binance moved its headquarters to the Island. The largest cryptocurrency exchange moved from Hong Kong, as it disagreed with the approach taken by the government there and sought to grow instead in Malta’s welcoming ecosystem.

Far from being the only example, Binance’s move attracted others to follow suit. Yovo, the world’s first fully tokenized mobile network moved its London headquarters to The Blockchain Island.

Not content to be simply known as the Blockchain Island, the Maltese government began exploring the development of Artificial Intelligence (AI) and Internet of Things (IoT) in the country. The goal this time was to be in the world’s top ten rankings for having a national strategy on these innovative technologies.

Acting quickly, the government created a task force to develop a regulatory framework. This task force consisted of entrepreneurs, academics and experts in the field. Amongst its many prominent members, this group includes Prof. Alexei Dingli, Dr. Angelo Dalli, and Dr. Abdalla Kablan.

The AI & Blockchain Summit 2019, Spring Edition, will be focusing on both industries, proving that 2018 was not all hype, but was, in fact, the beginning of an exciting journey. Amongst the various topics being discussed, Malta’s fourth blockchain bill, specifically covering Decentralized Autonomous Organizations, will be given prominence.

Various cryptocurrency exchange representatives will either offer a stand or be present during the event. Visitors could have the opportunity to meet some of the teams from Cex.io, EXMO, and Coinmama. These make up some of the best exchanges, along with Coinbase, Kraken, CoinEx, BitMEX, Indacoin, and Changelly,

The digital transformation of a country known for its historical and ancient treasures has attracted numerous international investment firms. Exante, a multinational investment firm based in Malta, is an excellent example of this. The company branched into the crypto industry, being the first to offer Bitcoin spot and Bitcoin CMOE futures in one unified account.

Numerous investors will be present at the two-day conference, with some of them also selected as speakers. Tim Draper, an American venture capital investor, will be one of these speakers. Draper gained notoriety in the crypto industry when he purchased Bitcoins from the Silk Road marketplace which were put on auction by the US Marshals Service.

Apart from looking at investment opportunities, Roger Ver, an angel investor, will also be discussing his efforts to turn Bitcoin Cash into a mainstream tool to trade, reducing high fees and delays. Meanwhile, Sunil Chhaya, Vice President at NextWorld Capital, will be sharing his experiences with investing in Series A & B companies.

A Look at the Speakers

The speaker line-up for this year’s AI & Blockchain Summit is truly comprehensive. Audience members will get an opportunity to hear from experts hailing for the entire spectrum of industry stake holding. The list of topics covered is just as comprehensive, with speakers discussing political support, legal framework, entrepreneurial opportunities, investment successes, research efforts, and much more.

The Summit will be launched by Malta’s Prime Minister Joseph Muscat who will be pressing on the need to move forward and make Malta’s digital innovation an example for other nations to emulate. Following Prime Minister Muscat will be the Parliamentary Secretary for Financial Services, the Hon. Silvio Schembri. Hon. Schembri continues to take the role of the government’s key representative on all matters Blockchain, Crypto, and AI.

Ben Parr, co-founder, and President of Octane AI will also be a speaker at the event. As an author, investor, entrepreneur, and journalist, Parr’s experiences and knowledge will certainly provide the audience with invaluable insight into the industry.

Brock Pierce, the Bitcoin’s Foundation’s Chairman is another highly anticipated speaker. In the past, he has covered a wide array of topics, including blockchain technology and decentralization.

The Spring Edition of the Malta AI & Blockchain Summit 2019 is sure to mark an important advancement in Malta’s push to transform the way the world interacts. As with the previous edition, it promises to be an exciting conference, bringing the best people under one roof.