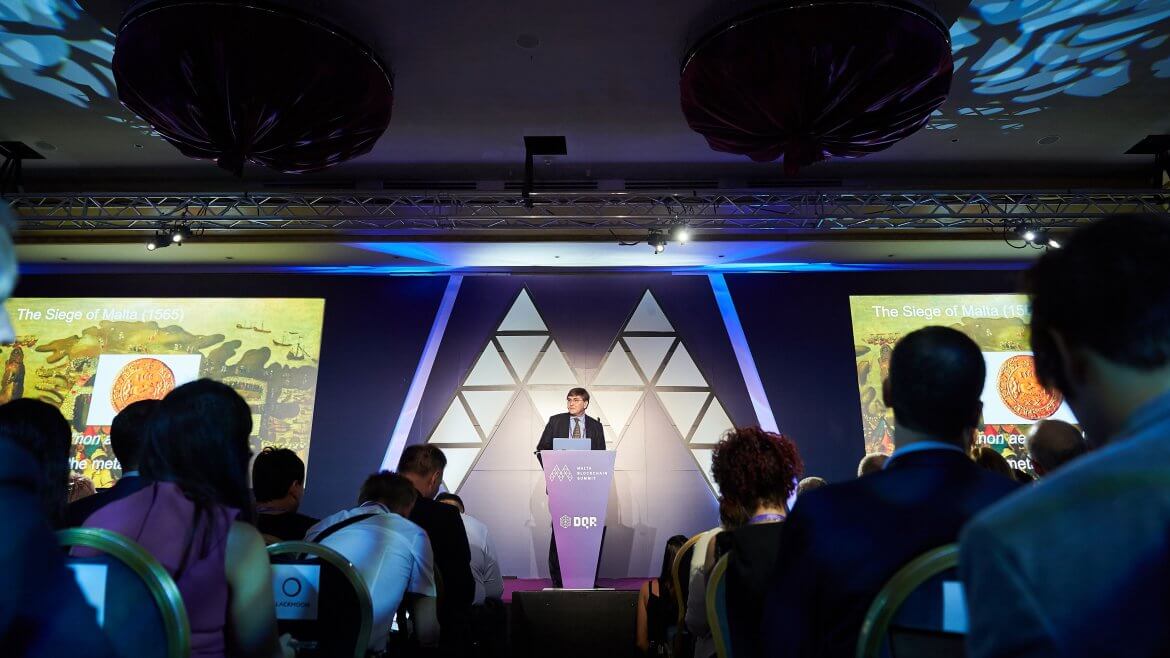 Organizers are all geared up for the second edition of the Malta AI & Blockchain Summit (AIBC). Attendees can expect nothing short of a stellar show, in just less than a month from now, on 23rd to 24th May. It is expected to bring a whopping 5000 delegates, 700 investors, 300 exhibitors and 100 startups to convene for a grand show at the Hilton in St Julian’s, Malta.

If you are new to realm of cryptocurrency and all it has to offer, Cryptimi recommends you get started by visiting the best cryptocurrency exchanges where you can start buying, trading and selling the most popular crypto assets.

Leading up to the show, the AIBC has also organised a roadshow of exclusive C-level dinners under the iconic heading ‘Knights of Blockchain’. The Knights of Blockchain dinners are lavish invite-only events with no expense spared in the company of 200 C-level Executives from the industry. From Manila in March to Tel Aviv on 2nd April and Stockholm on 10th April. Moreover, AIBC has also expanded with new offices in Manila and Dubai.

“We’re moving beyond the hype, by discussing not only Blockchain & Cryptocurrency but also AI, Quantum Tech, Big Data, and IoT this year.” Founder of the Malta AI & Blockchain Summit, Eman Pulis explains.

“Wining and dining in the company of fellow industry executives goes a long way. I strongly believe that business is not made between companies, it is made between people.” Pulis highlights.

“With the Malta AI & Blockchain Summit at the Hilton in less than a month from now we have gathered an impressive crowd of AI and Blockchain industry leaders for momentous connections to take form.” Pulis enthusiastically explains.

Additionally, attendees can enjoy the presence of titans such as Patrick Chang, Director at Samsung NEXT; Tone Vays, renowned Bitcoin/Blockchain Researcher with over 80,000 YouTube subscribers and Sunil Chhaya, Vice President of NextWorld Capital. The list would certainly not be complete without mentioning the attendance of Vivek Ramaswami, Vice President at Redpoint Ventures; Alex Fayette, Principal at ACME Capital; Ted Lin, Chief Growth Officer at Binance and H.E. Khurram Shroff, Chairman at IBC Group.

But that’s not all, there will also be Rachel Wolfson at Forbes; Alexandra Mikityuk, Co-Founder & Head of Blockchain Technology at The Blockchain Group; Alexander Borodich, Founder of Universa and Eric Van Der Kleij, CEO at Centre for Digital Revolution. And if you thought the list was exhaustive, you were wrong, because there will be many more great attendees!

Blockchain and AI luminaries alike have a wide selection of cherries to pick from in the comprehensive agenda prepared by the AIBC, made up of six conferences and a myriad of specialised workshops. The conferences include riveting topics like:

To support startups within AI, Blockchain, Quantum Tech, Big Data and IoT, the AIBC has invited no less than 100 startups to claim a booth on the expo free of charge, giving them access to 700 attending investors.

This spring edition of the summit includes a lavish VIP dinner, networking drinks in the midst of the warm Mediterranean spring, a Startup Pitch and STO Battle, 12 workshops and 6 conferences. All this will be rounded off with a lavish Proof of Steak pool party on the 25thh of May.

Although the main conferences are taking place between the 23rd and 24th of May, delegates are advised to block their calendars from 22nd to the 25th owing to all the additional great events AIBC will be hosting. Without a shadow of a doubt, The Malta AI & Blockchain Summit is a landmark event that nobody in the field can afford to miss!