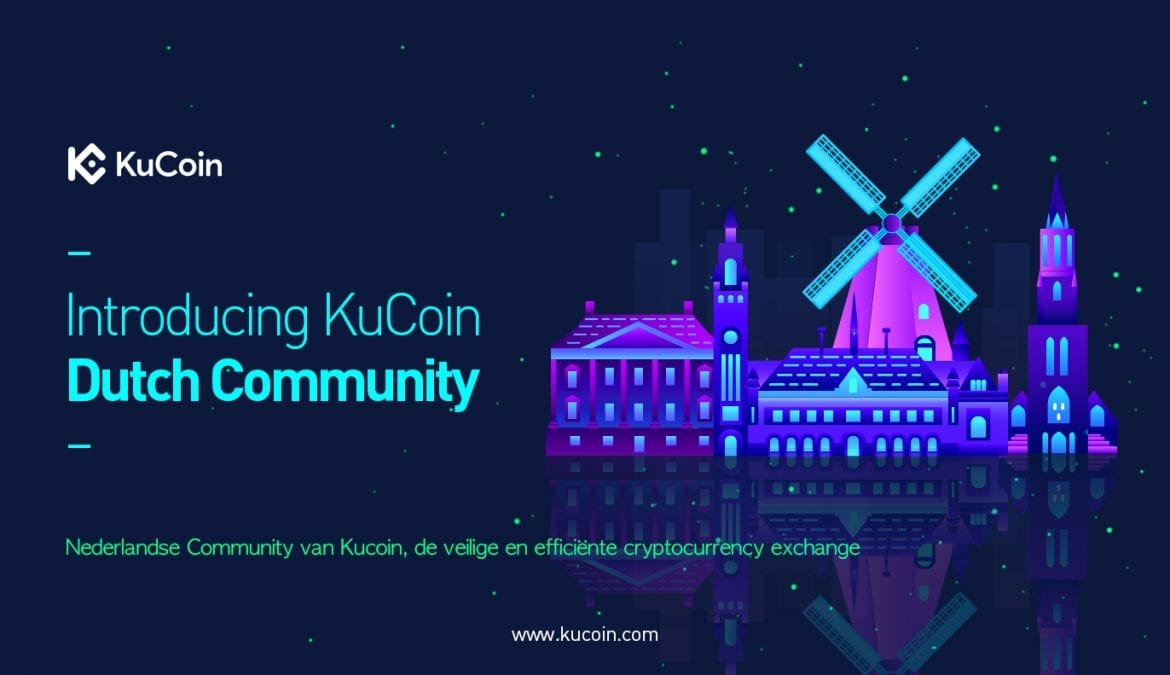 KuCoin are have outlined two new prospects on the horizon for their members, one which rewards their top traders, while the other attempts to connect with traders from a major European nation. While also announcing the de-listing of a trading pair, VOL/BTC.

If we first take a look at the details of their attempts to connect more closely with a major European market, KuCoin has set their sights on Dutch traders. This is to be achieved via the launch of a new Dutch community service which will help KuCoin and traders from The Netherlands working more closely together.

Of course, Netherlands is a significant European nation and are no strangers to emerging technologies, and so naturally, weren’t slow on the uptake of cryptocurrency investment, the world of blockchain and legislation, so this move from KuCoin makes perfect sense in the grand scheme of things. In an effort to better involved their Dutch traders, the following channels have been launched:

These new platforms will obviously communicate Netherlands-related both internal and external investment and technology news that relates directly to this market from KuCoin in the trader’s native language. As such, if you are Dutch and are interested in KuCoin, then you should subscribe to these channels asap so you don’t miss a beat.

Meanwhile, the other big news from the KuCoin camp is interesting to all traders, not just Dutch ones. This is the news that a new-look VIP program is in the process of being created that should provide significant benefits from the top traders who are operating on the KuCoin exchange.

However, the news of exactly what this entails has not been publically released yet. This said, the platform has advised their existing VIP clients, that “VIP client manager will be contacting you soon, so please check your emails and make sure you are fully updated with the new program”. And so, it seems if you are already involved then all will be revealed soon.

While other users, who have queries or concerns have been directed to the platform’s customer service desk, which can be found here. Users who are interested in the VIP scheme and how to get involved can find out here what they are hoping to know.

The final bit of news from the KuCoin team is that they will be delisting the trading pair, VOL/BTC from their platform, due to take place tomorrow, October 25, 2019, at 18:00 (UTC+8). The exact reasoning for this occurring as has not yet been revealed. However, according to the platform Per request from the Volume Network project, the parent company of VOL.

This does not mean that VOL will not be delisted entirely from KuCoin though, and the platform has stated, “you can still trade the VOL tokens with VOL/USDT trading pair on KuCoin”. As such, users should not fear that VOL has suffered the same fate as a series of other tokens that were delisted on from the platform last month due to them having suspicious qualities that failed to meet KuCoin’s expectations of crypto assets, outlined in their Special Treatment Rules.

All the same, users have been advised to cancel the pending order for their VOL/BTC pairs as soon as possible if they wish to better manage their funds. These updates are the latest in a long line of recent updates on the KuCoin service. Most notably, last week they revealed 14 new updates to their exchange platform interface.