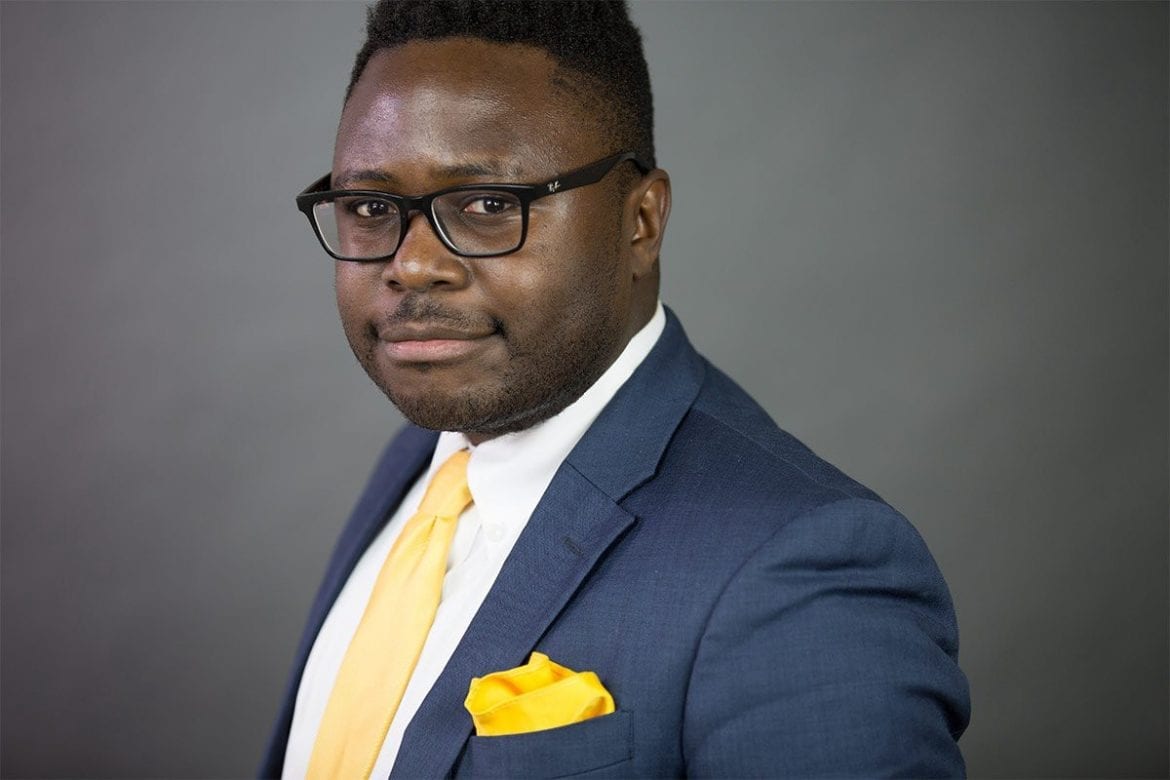 Originally from humble beginnings, Ian Balina, who is a Blockchain entrepreneur and investor has successfully built three million-dollar businesses from the ground up.

Having appeared in The Wall Street Journal, Forbes, CNBC, Huffington Post, The Street, INC and Entrepreneur Magazine for his work in analytics, cryptocurrency, and entrepreneurship – it’s really easy to see how he’s become a crypto sensation. A former Analytics Evangelist at IBM, Balina has brought a data-driven, “money-ball” methodology to capitalizing in blockchain start-ups, called Token Metrics.

But cryptocurrency is only one facet to who Balina is. Dedicated to giving back through his philanthropic efforts with Children of Uganda and Black Girls Code, he became one of the world’s most prolific ICO influencers in 2017. Indeed, at the height of the 2017 ICO hype, Balina became one of the biggest influencers in the ICO universe. But this was just the beginning, his portfolio soared from a humble $37,000 to a whopping $5.36 million by January 2018.

Our team at Cryptimi had the pleasure to meet up with this trailblazing crypto entrepreneur, advisor and evangelist. If you’re even remotely interested in cryptocurrency, or paying attention to the goings-on within the industry, chances are his name rings a bell, and it rightly should. So, without any further ado, let’s share the latest scoop we gained access to with this well-known figure in this cutting-edge sphere that is crypto.

Q. Can you give us some advice on what you would recommend to someone coming into the crypto space? What do you think is the most important thing for them to learn?

A. For someone coming into the space for the first time, I would say, just educate yourself, it’s what I’d do. Actually, before educating myself, I first bought a fractional piece of a Bitcoin Ethereum, just to own it, like when you’re investing in something, so you feel like you have some form of ownership.

So, I would say if you bought a small piece of bitcoin, then learn more about the product – the technology, not only from the technical side of things, but also more from the educational side of things. For instance, I went on Amazon and bought the following books:

– The Age of Cryptocurrencies by Michael J. Casey and Paul Vigna

– The Internet of Money by Andreas Antonopoulos

I’d advise anyone who’s seriously interested in crypto to get these books to do so, understand them and the space, its history, where it is and where it’s going. And that really makes you more of a believer.

Once you educate yourself you don’t really get side-tracked with the volatilities, because you have that long-term vision and you have what I call “coming to Jesus” moment, that “AH-HA!” moment, where you’re like: “Oh man, this is going to change the world!”. So that makes you in it for the long-term.

Q. Would you recommend someone who’s just starting out in this space to kick off with trading?

A. Trading? Nooo… No! Hell No! If you trade and you’re brand new to this space, you’re going to get wrecked! That means you’re going to lose a tonne of money! Unless you’re a professional, you need to ease yourself into it.

Leave trading to professionals. If you’re going to buy a cryptocurrency, invest in bitcoin and educate yourself. Don’t go into altcoins, even though I’m well known for altcoins, it takes more experience, time and education to really delve into that and you just must have a higher risk profile. Especially now, in this current climate in crypto. During crypto winter, it’s better to stay in the safer assets, which in this case is bitcoin – because it’s the best performing asset right now.

Q. Taking it from the other perspective, if you consider yourself someone who is well-versed in cryptocurrency, perhaps someone who has invested some tens of thousands and wants to take it to the next level. Obviously, this individual is going to risk a lot of money, because as with any investment there’s always an element of risk. What’s the main thing you’d recommend?

A. Okay, so if you already have some money, then go for the home run. Just remember to only invest if you’re willing to lose! Because people always forget that, especially when they lose money. When they lose money, they feel pain or hurt about it. Then there’s a lot more to lose than opportunity, just based on that.

You need to have a strategy that you can measure step-by-step and see how you’re progressing. If you make mistakes, see how you can improve, because if aiming for the home run, mistakes are bound to happen – the best home run hitters in baseball are only about 30% of all the baseball players.

But the best VCs, they spread to make 10 investments and have 9 fail, with only one being the next Uber, Airbnb, Facebook or whatever. People tend to forget that a high percentage of investments will fail. In 2017 and part of 2018 – where everything was making money, people forgot that that’s not the norm. So, now when the norm comes into play, people get angry and frustrated. But if you want to have those big bets you need to have a long-term vision. Have a strategy, stick to it, but be able to adapt and self-correct as you make the wins and losses.

Q. Do you feel that the cryptocurrency market will experience another home run in the coming years?

Q. Do you think that Bitcoin will eventually hit the 1-million-dollar mark?

A. Oh wow… Erm, eventually… that’s a tough thing to say. To be honest, I don’t know, I mean I would hope so, just being an optimist, right? But this is crypto – anything can happen, but if I had to place a bet, I would say yes. It’s just a matter of when. Whether it’s in the next 10 years of 10,000 years, it’s a big if and when.

Q. Bitcoin has been dominant for the past decade, with a majority of market share. Do you think that there’s going to be another cryptocurrency project which will eventually take Bitcoin’s place?

A. From a probability perspective, I would say yes, I think the probability is that there would be something that evolves; that’s a lot more suitable for the world and the crypto market. But it’s just a matter of when that happens. In the short-term, I don’t think any time soon. But in the long-term, I think it’s possible. I think it’s probable. But the long-term could be 10 years, 20 years from now …even a hundred years from now!

A. Oh absolutely. Facebook has over 2 billion users. I’m willing to put aside decentralisation talk; Facebook is centralised, but I feel like there’ll be a marketing engine, there’ll be an onboarding ‘raft’ where people do crypto. And I think that’s something crypto needs; to support crypto going mainstream.

Having Facebook Telegram Talk, all these companies are going to help educate the masses about cryptocurrency, which is something we currently need. So, although it’s not really decentralised, it’s something that’s going to help in the long-term, I believe. It could be the stepping-stone, because once they learn about Libra, Tron and so on, then they discover Bitcoin.

Q. What should the cryptocurrency market do more of, and what should it avoid doing?

A. What it should do more of? I feel like it should just must mature a lot more, because we’ve had an evolution coming from silk road and venues for not the most proper reasons. From money laundering to drugs and whatever… now it’s kind of been ‘growing up’ over the last 5 years.

It has to keep on doing that to really evolve and be taken seriously – on the global forefront, because that’s what we see with Facebook Libra; making crypto a high priority is good for the space, but to have more of that happen, we have to do a lot more growing up. And that’s also why crypto had an issue in the US with STC. Having more regulation is good, for helping crypto grow and mature, and then I feel like we need to get the stamp of approval from the regulator. We can’t expect to just go against the grain forever and have this go mainstream.

Indubitably renowned for his rich knowledge within the crypto world and how he’s mastered entrepreneurship within this realm, Ian Balina is certainly a force to be reckoned with. Best known for his investments in ICOs and cryptocurrencies, he even has a rap anthem called Moon Lambo, where he raps with Drew Morisey about crypto investing.

Balina has set up multi-million-dollar businesses, whilst still making time for his philanthropic ventures. So it’s really no wonder how he has built a name for himself within the innovative and ever-evolving world of Blockchain and Cryptocurrency. We look forward to seeing further contributions of his knowledge and investments, which are without a doubt accolades any aspiring crypto investor admires and wishes to achieve!