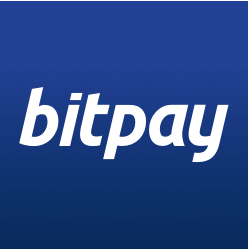 Atlanta based cryptocurrency payment service company BitPay moved one billion dollars in transactions in 2018, according to a press release published by the company. Its B2B business grew around 255% the past year.

BitPay also reported the company added new critical customers like the State of Ohio, hackerOne, and Dish networks. The crypto and blockchain payment is more than alive, and it is growing.

“In 2018,” the press release highlights, “BitPay processed over a $1 Billion again in payments and set a new record for transaction fee revenue by adding new customers like Dish Networks, HackerOne, and the State of Ohio.”

One milestone achieved in 2018 that BitPay should be proud is that the company is a key partner for Ohio, which became the first state in the United States to allow taxes payments in cryptocurrencies.

“BitPay’s B2B business also had a record year as it grew almost 255% from the previous year as many law firms, data center providers, and IT vendors signed up to accept Bitcoin. BitPay also hired Rolf Haag, Former Western Union and PayPal executive as Head of Industry Solutions responsible for the B2B business.”

The note highlights that BitPays B2B solution is growing rapidly as it is a cheaper and quicker option than a bank wire. Even with lower Bitcoin prices, the company managed to process over a $1 billion for the second year in a row.

“The adoption of support for Payment Protocol wallets has made a big difference for our merchants,” said Sean Rolland, Head of Product of BitPay. “Merchants are now able to easily accept Bitcoin payments in a simple easy way without any support issues. This was our biggest request by our enterprise merchants.”

The company also stated that they are “extremely bullish” on cryptocurrencies and the Bitcoin Ecosystem. “BitPay also added settlement support for Bitcoin Cash and stable coins from Circle, Gemini, and Paxos. However, BitPay still remains laser-focused on Bitcoin,” the note said.

On other news, the company founded in 2011 also raised $40 million in Series B funding to account for a total raised capital of over $70 million throughout 2018.